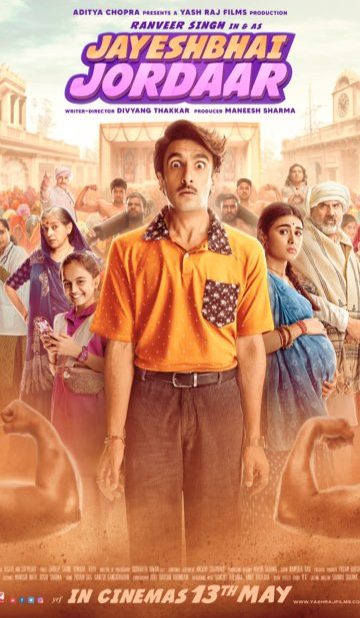 Ranveer Singh starrer JAYESHBHAI JORDAAR is set to release on 13 May 2022. With this film, Shalini Pandey will mark her debut in the Hindi film industry as a lead actress alongside Ranveer Singh. Produced by Maneesh Sharma, a home-grown producer at YRF, the film is being directed by debutant writer-director Divyang Thakkar. 'JAYESHBHAI JORDAAR' is a humourous entertainer set in Gujarat and Ranveer Singh will be seen playing the role of a Gujarati man. Ranveer as Jayeshbhai is the unlikely hero who will be seen championing the cause of women empowerment in this film.